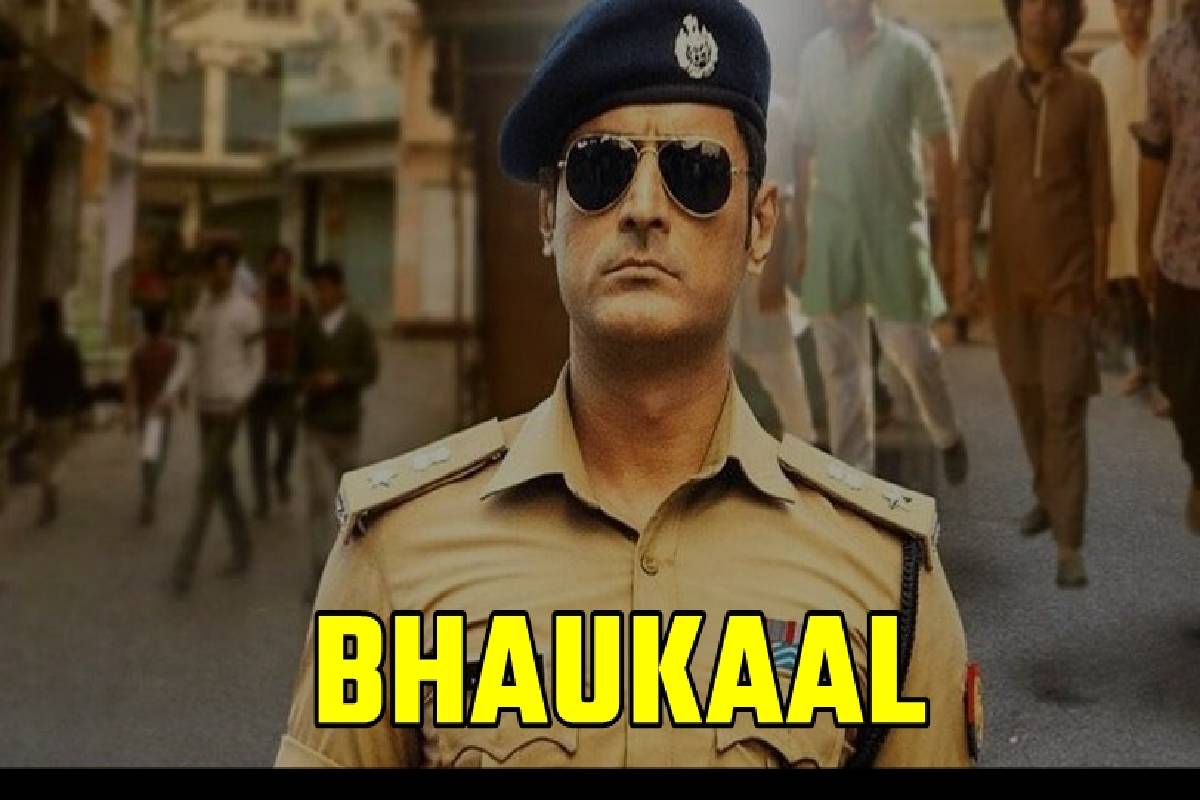 Bhaukaal is inspired by the real-life achievements of IPS Officer Navniet Sekera, who was the man behind the downfall of organized crime in UP in the early 2000s!

Bhaukaal is a 2020 Hindi-language crime drama web series based on Navniet Sekera, a brave police officer specializing in encounters directed by Jatin Wagle for MX Player. Sikera is currently the Police Inspector General in Lucknow.

Bhaukaal – Overview of the Season 1

Muzaffarnagar is the crime capital of India. When Naveen Sikhera invades the City of Sin as the new SSP, he is hit by the prevailing chaos and lawlessness in the city. HowMuzaffarnagar is ruled by the Shaukeen gang in the east and the Dedha brothers in the west.

The terror of these gangs is so great that even the local police never dare to question them. However, taking the reins in hand, Sikhera begins cleaning up the city and undertakes numerous encounters that lead to the destruction of the Shaukeen gang and infiltrate the operations of the Dedha gang.

Most of the filming for this web series was filmed in Lucknow, Barabanki, and adjacent areas and showed Barabanki as Meerut, Muzaffarnagar. Apart from that, shots were fired in several other locations, including Hazratganj, Christian College, Chowk, Kaiserbagh. In this web series, Mohit Raina plays the role of Navniet Sekera.

In this web series, the name was changed from Navniet Sikera to Naveen Sikera, and the names of some other characters were also changed. When Navneet Sekera took over the district as the new SSP in Muzaffarnagar, the district’s identity as the “capital of crime” was tainted.

The state of the city was such that people here feared arriving in the name of it. however, incidents of kidnapping and extortion, murders, robberies, and robberies have become trademarks here.

In such a situation, Sekera, who came from Muzaffarnagar as the Messiah, vowed to end the fear of criminals and began to eliminate criminals one by one.

It wasn’t long before criminals feared his name, and the gang war and mob rule slowly came to an end. A restless neighborhood turned into a quiet one. This is the story of a courageous and honest policeman. 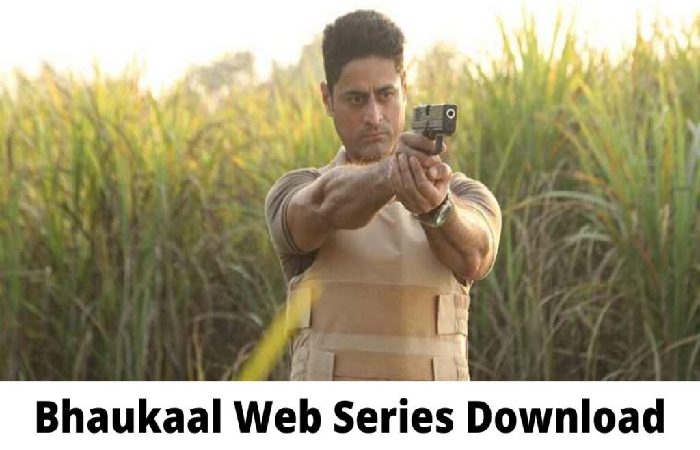 Firstly, Shaukeen and the Dedha brothers rule the dark and bloody universe of Muzaffarnagar. Loha Singh, a member of the Dedha clan, is killed by Abbas, a close ally of Shaukeen. Around the same time, Naveen Sikhera was relocated as the new SSP to Muzaffarnagar, India’s criminal capital.

And also, Shaukeen informs the Dedha brothers of Abbas’ whereabouts to avoid a gang war. When Naveen Sikhera arrives in Muzaffarnagar, he is greeted with the murder of Abbas and other innocent civilians by the Dedha brothers.

However, when the battle lines are drawn between them after the first confrontation, Shaukeen is a little shocked. To make the SSP afraid of him, he decapitates Vinay Tyagi and delivers the head to Sikhera’s gate.

After the death of Vinay Tyagi, the residents of Muzaffarnagar completely lost confidence in the police. Naveen calls his team from Meerut to help him in his fight against the criminals. The team devises a plan, and Salim is chosen to infiltrate Shaukeen’s gang.

He asks Bhati, Balram, and Maruti to watch over the dedhas. Bunty Jhaal, the brother-in-law of Chintoo and Pintoo Dedha, appears under his scanner and calls on the police to act.

Bunty Jhaal is cornered by Sikhera’s team but escapes to a sugar cane field. In a series of police reforms, Naveen Sikhera decides to end the “historians” cases. In addition, a cell phone tracking center has been set up at the disused Muzaffarnagar Police Station under the direction of Inspector Vinod.

Soon the center interferes in Farooq’s phone call with Rashid Khan, and in a mass encounter, Rashid and his henchmen are killed by Sikhera’s team. This worries Shaukeen when clouds of danger pile up in his fortress.

The police have increased their use against bastions of crime. Rifts have appeared in Hussainpur as the gap between Farooq and Naazneen, Shaukeen’s lover, widened. Aslam Rana, the politician behind Shaukeen, seems concerned about the police’s actions.

He urges Shaukeen to take action against Sikhera. Shaukeen decides to catch the SSP with Bunty Jhaal. Whether Bunty Jhaal or Sikhera is dying, Shaukeen is the one who will prevail.

The police team proceeds to capture Bunty, which ends in a mass encounter that results in the criminal’s death. Without interfering with his efforts, the SSP team captures Gurjan, Dedha’s husband.

They also learn that Pintoo Dedha will be returning to Muzaffarnagar, so they decide to catch him.

However, Pintoo Dedha successfully escapes. Sikhera realizes that there is a traitor in his department. And also, Salim successfully reaches Shaukeen’s house. Farooq senses that the Shaukeen gang’s terror and influence are waning. In the absence of Shaukeen, who is in Nepal, he kidnaps Vikram Tyagi and extorts money from his father.

On the way to Salarpur, However, Salim manages to inform the team about him. The Dedha brothers meet their police source, who advises them to keep calm as the SSP’s attention is currently focused on the Shaukeen gang.

Farooq shakes Tyagi’s house by kidnapping Vikram Tyagi. He realizes that there is a mole among them who reports to the police. When Farooq calls Vikram Tyagi’s father with a ransom, Sikhera and his team follow the older man.

Farooq arrest while Vikram Tyagi is brutally murdered. On the other hand, Sikhera receives instructions from the IG to cease all operations.

When the Authority consults Naveen Sikhera, he is totally for his men. The IG orders Naveen to accompany the deputy CM. Shaukeen has returned from Nepal and decides to release Farooq from the courthouse. As Naveen Sikhera was diverted to the deputy CM’s rally, he entrusts Rajesh, his driver, with the responsibility of bringing Farooq to justice.

A massive encounter between the police and the thugs breaks out in court, Farooq tries to flee, but Rajesh kills him; sacrifices his own life. What follows is a massive operation that Shaukeen seeks to carry out against the police.

Salim mixes a drug in Shaukeen’s soup and kidnaps him into a distant field. When Sikhera arrives at the crime scene, he finds Salim hanging from a tree. A massive and deadly encounter is what proceeds silencing Shaukeen for eternity.

Bhaukaal Season 2 release date, plot, and everything we know so far

Siddhanth Kapoor recently published an Instagram post announcing the start of filming for “Bhaukaal 2”. See the full article below.

Siddhanth Kapoor recently shared a photograph on his Instagram announcing the start of filming for the upcoming MX player series Bhaukaal 2. Siddhanth shared the post, and also, various emojis along with some hashtags read “# bhaukaal2 #mxplayer #applauseentertainment #bawejamovies #chintudedha #chintudedhapintudedhav”.

Siddhanth Kapoor’s recent post on Bhaukaal 2 generated various reactions from friends and fans alike. However, many other actors like Rajniesh Duggall, Priyank Sharma, and others left comments on the actor’s photo and wished their congratulations on the start of the show’s second season.

And also, many Siddhanth fans also commented on the actor’s post with “wowww” expressing their enthusiasm for the coming season. Many fans uttered their anticipation for the upcoming series with the words “Finally,” while others left hearts and fired emojis for the photo.

Well, Season 2 of Bhaukaal is not yet officially confirmed, but we hope it will confirm soon. If this is confirmed, we expect Bhaukaal Season 2 to be released somewhere in 2022.

Maybe confirmation will come soon as Bhaukaal Season 1 has had an enormous hit. So we hope that the creators of the web series Bhaukaal season 1 do season 2 as well.

And also, we expect the Bhaukaal Season 1 cast will return in Season 2. The Bhaukaal web series is a crime series. Season 1 was written by Akash Mohimen, Jay Sheela Bansal, and Rohit Chouhan

Disclaimer: At Thepinkcharm, We never promote or endorse illegitimate websites through this platform. Additionally, piracy is considered a crime under India’s 1957 Copyright Act. Our main goal with this content is also to provide helpful content to our readers. However, we commend that our users refrain from such expensive acts and continue to watch films yedu chepala katha full movie download in telugu movierulz in theaters.